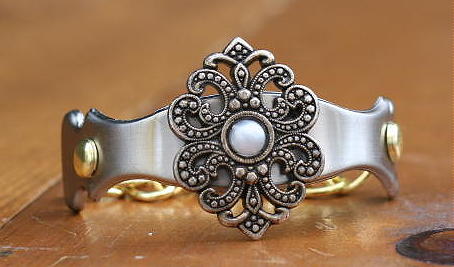 During the summer, I’d found a chrome laundry hamper frame and decided to salvage it to use as a display piece at shows.  Since it was too new- looking to fit with the rest of my fixtures, I gave it a couple of coats of iron paint followed by a wash of salted vinegar to rust it. I hung it on a chain from one of the beams under the hayloft at the Holy Hill Art Farm Market in October, and used clothespins to attach earring cards to create sort of an “earring chandelier” for my booth. Using a swivel clip at the end of the chain also allowed it to be turned by the customer to show all sides. 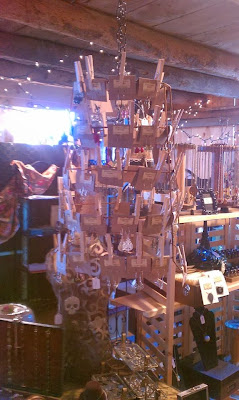 (forgive the grainy camera phone shot, this is my only photo of the piece in action in this incarnation)
While it worked wonderfully as a hanging piece, I knew I wouldn’t usually have a ceiling to hang it from at most shows and it would take up a lot of space as a tabletop piece. I needed to figure out a way of making it freestanding. 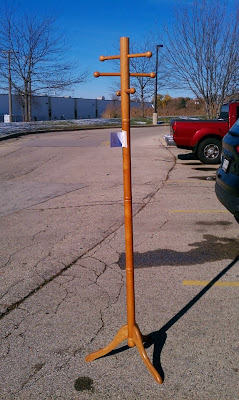 I found this coat rack at Goodwill for $4.99 and hit upon an idea. The rack comes apart in sections, each with an upright screw post to attach it to the next. This would make it easy to break down for transporting to and from shows. 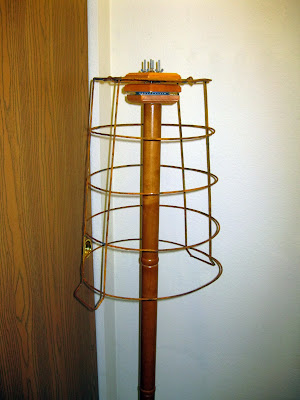 I removed the top portion with the coat pegs and added a scrap craft plaque (thrifted) that I'd stained to match the coat rack, screwed into the top post. Between this plaque and another, I added a lazy susan mechanism (salvaged) which would allow the display to rotate. The hamper then rests on top, with four upright screws between the cross supports of the hamper. These upright screws fit into holes in another plaque on top of the stack and are secured using easy-to-remove wing nuts. 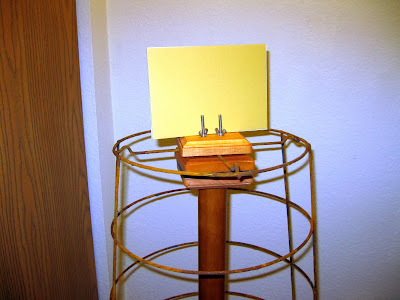 This top plaque not only holds the hamper to the coat rack base, but also allows it to be removed for events where I can use it in “chandelier” form. The wing nuts also provide a socket to hold signage for the rack. 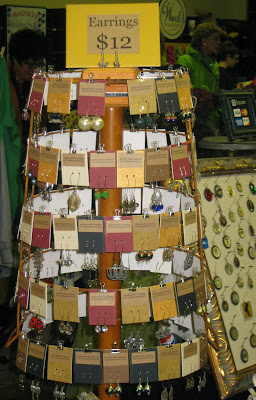 Here we have the new rounder "in action" at the Holiday Craftacular in Madison last weekend. 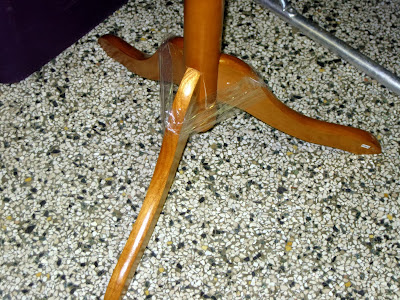 Unfortunately, I managed to crack one of the legs when a tote fell against it in my car, so I had to McGuyver a packing tape solution on-site. A bit of wood glue, a screw, and a clamp to hold it until the glue sets and it'll be back in the game for the next event!
Posted by MoiraCoon at 11:51 AM 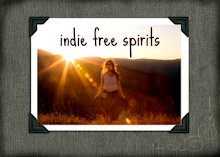 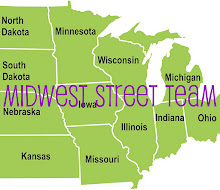 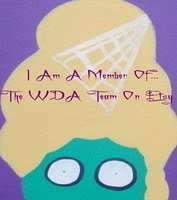 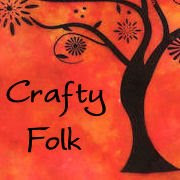 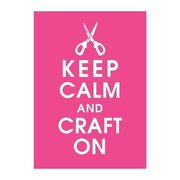